All About Our Homegrown Eggs 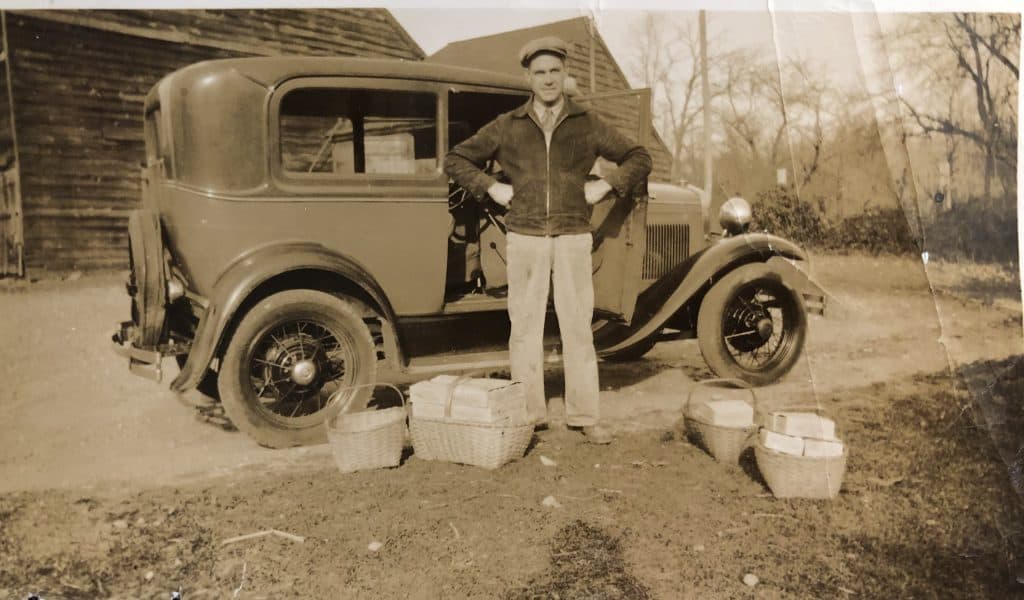 Over the next few decades, Barney's sons James and Henry expanded the egg operation from 1,000 laying hens to more than 25,000 at peak in the 1960s.

Pictured (circa 1935) is Barney Abma, ready to deliver his cleaned and graded eggs to homes and businesses in Wyckoff. His son Henry would deliver them by bicycle. Patrons visiting the farm would use the “honor box”: picking eggs from a cooler and dropping money into the box. The barn in the background was once a three-story chicken coop, renovated in the 1970s and transformed into the retail Farm Market you see today. 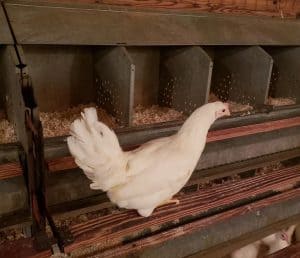 Presently, we have vastly broadened our variety of vegetable crops and now house around 10% of our original poultry numbers: approximately 2,000 White Leghorn and Rhode Island Red hens.

Our chickens are fed a custom feed made specifically for Abma’s Farm consisting of an all-natural grain, corn, soybean and flax mixture, making it a rich source of Omega 3. Our feed contains NO antibiotics, NO growth hormones and NO animal bi-products. Although it is costlier, we utilize Flax to incorporate a natural source of Omega 3. We never use synthetic Omega that is commonly used in commercial operations in effort to keep costs down. This quality grain ensures our birds will remain extra healthy and happy!

How Do We Clean Our Fresh Eggs?

About Our Chicken Coop:

Our chicken coops are cage free. 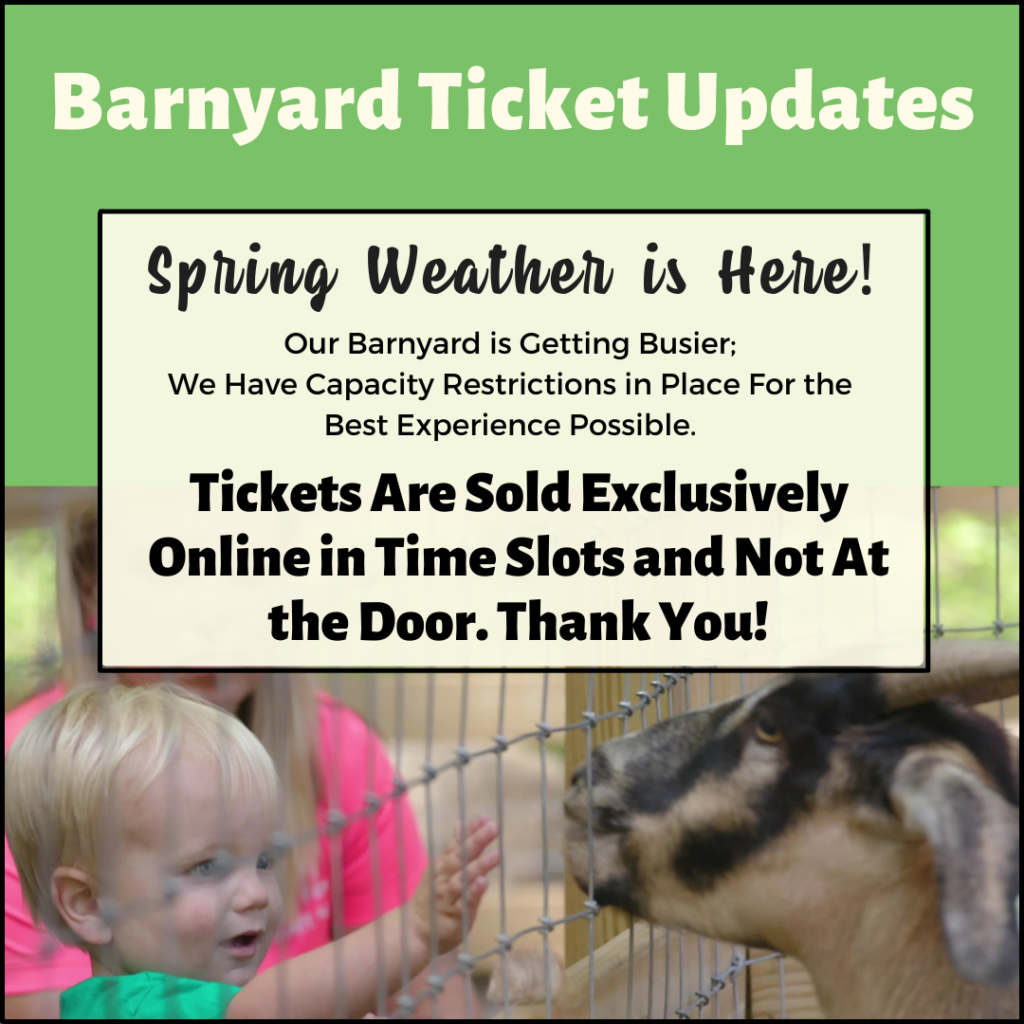